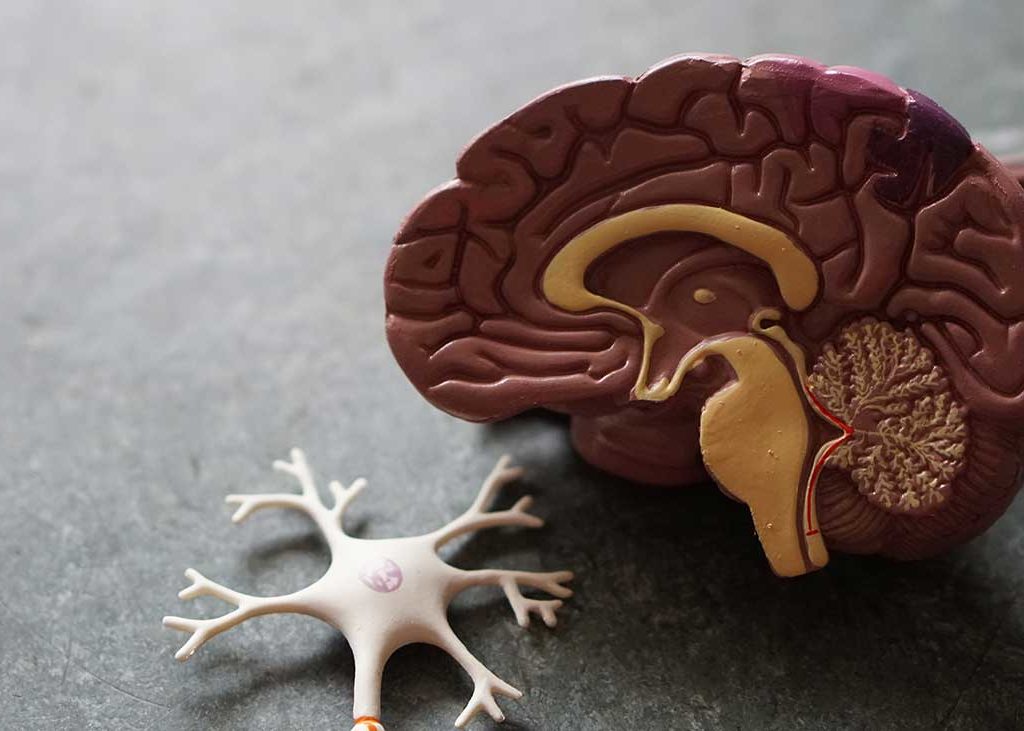 How Does Alzheimer’s Change the Brain?

The brain contains many neurons that process and transmit information through electrical and chemical signals. These pathways allows continuous communication between different parts of the brain and body. However, Alzheimer’s is a disorder that disrupts this communication and leads to loss of function and cell death. While it is normal for the brain to shrink with age, Alzheimer’s causes widespread damage and loss of neurons. This disruption begins with damage to neurons involved in memory. However, it will later affect areas of the brain associated with language, reasoning, and social behavior. This damage will then spread to other areas- which can seriously impact an individual’s ability to live and function independently.

How Is Alzheimer’s Disease Diagnosed?

Your doctor can diagnose you with Alzheimer’s by administering tests that assess your memory and thinking skills. Your doctor may start with a physical and neurological exam to assess your reflexes, muscle tone, strength, ability to get up and walk around, sense of sight and hearing, coordination, and balance. Meanwhile, blood tests can help doctors rule out the possibility that your memory loss results from other disorders or vitamin deficiencies. If they suspect that you may have Alzheimer’s, they may also refer you to a specialist (such as a neurologist). There, the specialist will be able to carry out more extensive tests. Mental and neuropsychological testing will allow doctors to discover additional details about your mental function (as well as point out possible symptoms that may arise in the future). Brain imaging can also allow doctors to discover possible brain abnormalities that may indicate other conditions (such as tumors or strokes).

The exact cause of Alzheimer’s is not yet fully understood. Many believe it is caused by an abnormal build-up of two proteins in and around brain cells. One of those proteins is Beta-amyloid fragments, which clusters and form plaques around brain cells. They harm neurons and cell communication. Meanwhile, Tau proteins change shape and form tangles within brain cells. These tangles lead to a disruption in transport systems and are harmful to cells.

Studies and researchers also point out that Alzheimer’s may result from a combination of:

What Does Alzheimer’s Do to a Person?

Keep in mind that every individual will be affected differently by this disorder. Some may experience a more rapid progression of symptoms. Meanwhile, for others, progression of symptoms may take time. To better understand how Alzheimers can affect a person, it is best to break it down to the following three stages:

What Are the 7 Stages of Alzheimer’s?

We have already broken down the three stages of Alzheimer’s. However, other organizations often break down this disease into seven stages. These 7 stages include: 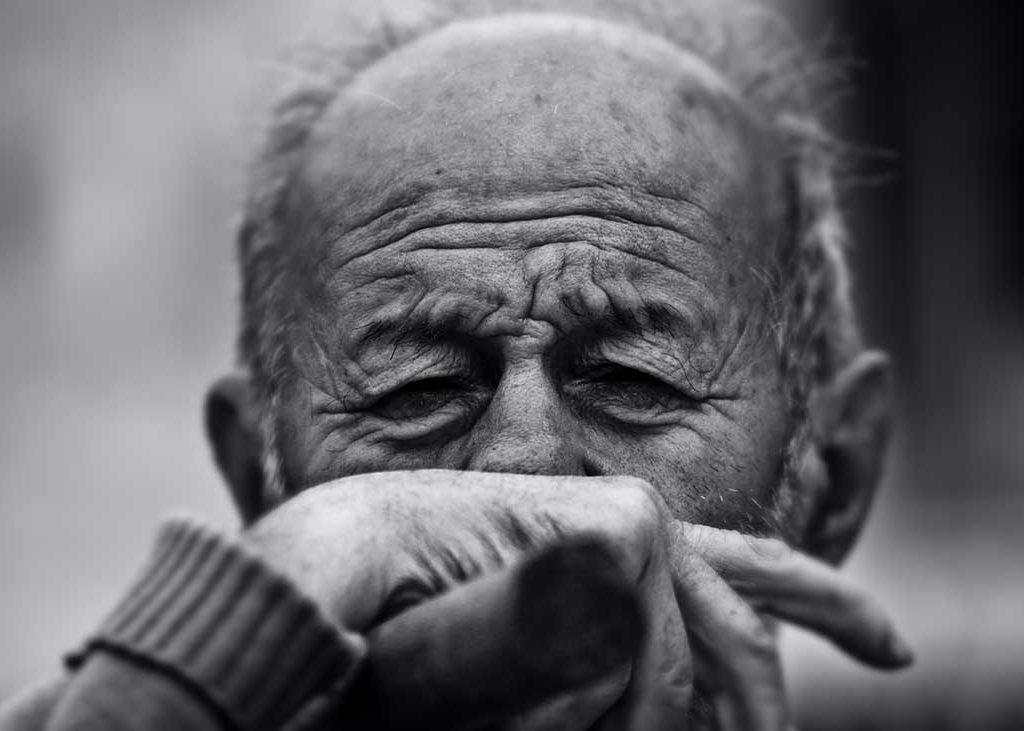 What Is the Difference Between Alzheimer’s and Dementia?

Dementia is an umbrella term that describes a wide range of symptoms that affect a person’s ability to independently perform everyday activities. It often refers to a group of diseases (Alzheimer’s being one). Meanwhile, Alzheimer’s is a brain-specific disease (often marked by symptoms of dementia) caused by complex brain changes that lead to cell damage.

Are Alzheimer’s and Dementia the Same?

As discussed above, Dementia is the umbrella term that describes a wide range of symptoms that leads to a decline in memory and thinking skills. Dementia itself is not a disease. Instead, it is a symptom of an underlying brain disorder. Meanwhile, Alzheimer’s is a brain-specific disorder.

What Are the 5 Types of Dementia?

1) Alzheimer’s disease:
Alzheimer’s is the most common type of dementia. Patients tend to have plaques and tangles of Beta-amyloid or Tau proteins within their brain. These proteins can damage neurons and disrupt cell communication pathways.

2) Vascular dementia:
Vascular dementia often results from damage of blood vessels that supply blood to your brain (resulting in a deprivation of oxygen and nutrients). For example, strokes can cause major blocks in blood vessels within the brain. This blockage can lead to changes in thinking skills. If it continuously occurs, this can lead to more widespread damage. Some common signs include difficulties in problem-solving, slow thinking, loss of focus, and loss of organization.

3) Lewy body dementia:
Lewy bodies are balloon-like clumps of protein found in the brain. People with Alzheimer’s or Parkinson’s disease tend to get these clumps around the brain. Some common symptoms may include visual hallucinations, problems with focus and attention, uncoordinated/slow movement, tremors, rigidity, and acting out one’s dreams in sleep. Overall, Lewy body dementia leads to a progressive decline in thinking, reasoning, and independent function due to the microscopic deposits damaging the brain cells over time. It is the third most common cause of dementia after Alzheimer’s and vascular dementia.

4) Frontotemporal dementia:
This kind of dementia refers to a group of diseases where there is a breakdown of nerve cells and their connection to the frontal and temporal lobes of the brain. As a result, this impacts one’s personality, behavior, and ability to produce or comprehend language. One may also experience symptoms affecting behavior, personality, thinking, judgment, language, and movement.

5) Mixed dementia:
Autopsies in specific individuals show that people (80 or older) may have had a combination of different types of dementia. The most common combination is often Alzheimer’s and vascular dementia. Other cases include Alzheimer’s mixed with Lewy bodies. Symptoms will vary between individuals and on which brain regions are affected.

What Are the 10 Warning Signs of Alzheimer’s Disease?

Where Does Alzheimer’s Start?

Alzheimer’s begins in the brain and destroys neurons connected to areas of the brain involved with memory. As time passes, the disease eventually affects other parts of the cerebral cortex responsible for language, reasoning, and social behavior. 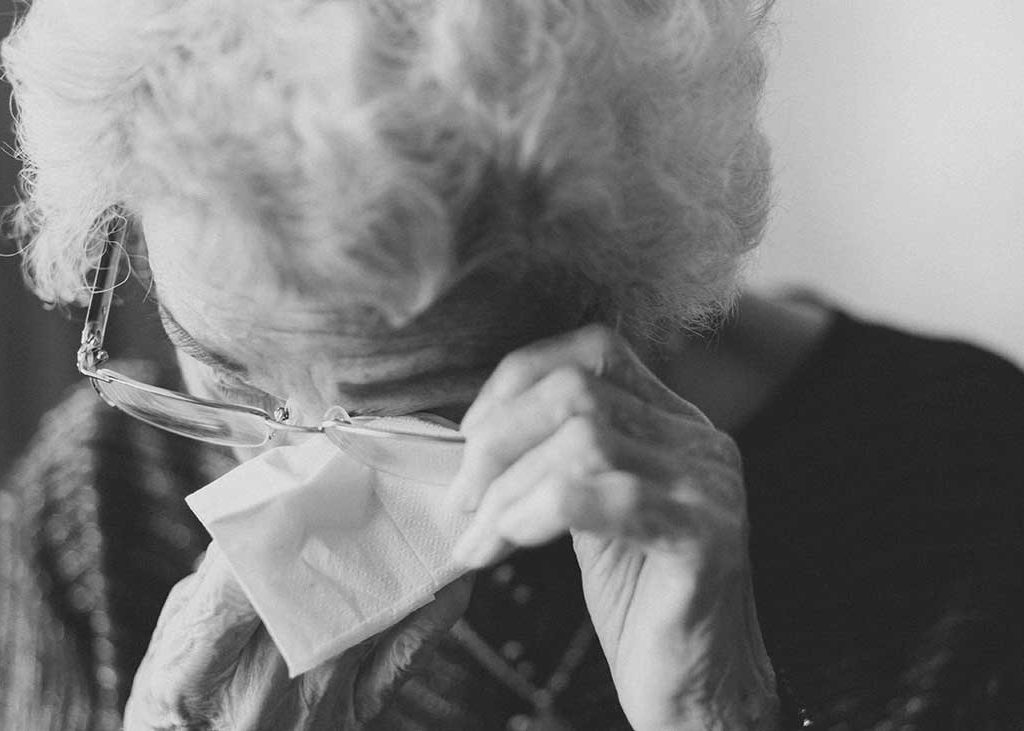 Who Is Most Likely to Get Alzheimer’s?

While there is no known direct cause of Alzheimer’s, several factors may increase your risk of developing this disease later in life. These risk factors include:

Can Alzheimer’s Be Cured?

As of now, there is no cure for Alzheimer’s. However, there are various treatments that can help slow the progression and reduce symptoms of the disease as you age. These treatments include:

Can Alzheimer’s Be Inherited?

Yes, as mentioned above, it is possible for there to be a clear genetic component of developing Alzheimer’s within family generations. However, this kind of Alzheimer’s is rare and typically develops in adults between the age of 30-40.

Can Alzheimer’s Be Prevented?

Because the direct cause of Alzheimer’s is still not known, there is no definitive way to prevent Alzheimer’s from occurring. However, there are actions you can take to help reduce your risks. These steps include:

Can Alzheimer’s Be Reversed?

While more studies have emerged to better understand the effects Alzheimer’s has on the brain, there is no way to reverse the disease. However, medications and treatments can slow the progression of the disease.

Can Alzheimer’s Come On Suddenly?

Disease progression will vary between individuals. For some, the development of the disease may be slow. For others, it may be fast. Usually, cognitive decline progresses slowly in most individuals. However, some may experience what is known as rapidly progressive dementias. While rare and tricky to diagnose, this dementia progresses quickly within the span of a couple of weeks or months (sometimes even up to 2-3 years).

Can Alzheimer’s Disease Kill You?

Alzheimer’s is usually not listed as the direct cause that leads to death. Instead, it often leads to complications in brain function that lead to death. In the last stage of Alzheimer’s, individuals may:

Because individuals tend to experience more difficulty  swallowing, this can lead to a higher chance of dying from pneumonia. Food and beverages have a higher chance of entering the lungs and causing infection. Other causes of death may include dehydration, malnutrition, and other infections. Overall, this disease significantly affects the brain and leads to the body shutting down.

People in their 30s or 40s can get Alzheimer’s. When people get Alzheimer’s under the age of 65, it is known as early-onset Alzheimer’s disease. Generally, this type of disease stems from the same factors that contribute to the development of Alzheimer’s in older individuals. However, in rare cases, there is familial Alzheimer’s disease. Less than a hundred people have genes that directly contribute to their development of Alzheimer’s. As a result, they start showing symptoms of the disease within their 30s, 40s, or 50s. Triggers for the disease have yet to be further studied. However, researchers believe it has to do with the two damaging proteins known as beta-amyloid and tau.

Do Alzheimer’s Patients Sleep a Lot?

Yes, it is common for individuals with Alzheimer’s (especially those in a later stage) to sleep a lot during the day and night. Disease progression can lead to more extensive damage to the brain, which leads to an individual becoming weaker/tired over time. Drowsiness may also be a side effect of certain medications the individual may be taking to help treat the disease.

Does Dementia Run in Families?

It is important to note that most dementias are not passed down between family members. It is possible, but this kind of dementia is rare and only accounts for a small percentage of dementia cases. For example, young-onset Alzheimer’s disease is when a faulty gene is passed down from parent to child. It usually results in individuals developing Alzheimer’s at the age 30-40. Other rare types of dementia may result from Huntington’s disease or Familial Prion disease (generally caused by a singly faulty ‘dominant’ gene).

How Long Does Alzheimer’s Take to Develop?

The answer to this question will vary between each individual. According to research, people tend to live another 4-8 years after their diagnosis. However (with the development of treatments), people can live up to 20 years after diagnosis. We highly encourage you to meet with your doctor if you suspect that you or your loved one is showing early signs and symptoms to ensure you receive a diagnosis and begin treatment as soon as possible.

How Many Alzheimer’s Patients in the US?

According to alz.org, they estimate that about 6.5 million Americans (age 65 and older) currently have Alzheimer’s dementia in the year 2022. About 72% of those are aged 75 years or older. Unfortunately, It also appears that these numbers will rise as time move forward. For example, the website also estimates that each state will experience an average 6.7% increase in people with Alzheimer’s between 2020-2025.

How Much Does Alzheimer’s Care Cost?

According to alz.org, they estimate that the total cost for individuals with Alzheimer’s or other dementias (in 2022) is about $321 billion. Of that number, Medicare and Medicaid cover about $206 billion (64%) of the total health care and long-term care payments. Meanwhile, out-of-pocket expenses are estimated to be about $81 billion (25%) of total payments. Of course, these expected costs will vary between each state and the level of care needed.

What Are the Do’s and Don’ts When Communicating with Someone with Alzheimer’s?