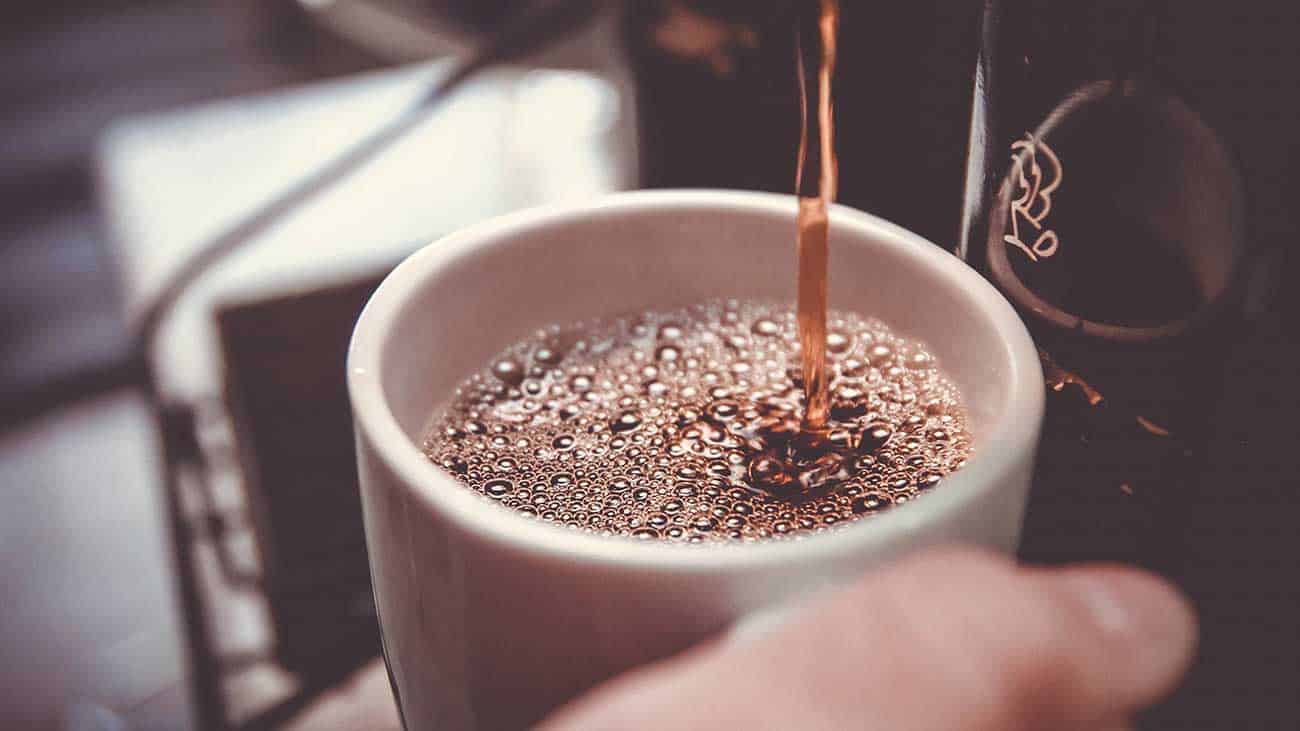 Many people generally consume caffeine during the morning before they start their day. The CDC states that caffeine takes up to 30 minutes to affect the body and reaches a half-life (when half the dose leaves the body) of 5-6 hours. The FDA also reports that about 80% of US adults consume caffeine daily. For many, it can be part of a healthy diet and aid in alertness. However, consuming too much caffeine can lead to more negative effects. People who are more caffeine sensitive, pregnant, or have a specific medical condition may want to think twice about consuming caffeine because it can cause severe disturbances in the heart and nervous system. Of course, you shouldn’t rely on consuming caffeine to help you feel awake and alert. We encourage you to talk with your doctor if you have any questions or concerns about caffeine and your health.

Caffeine is a natural stimulant found in more than 60 plants (such as coffee beans, tea leaves, cocoa pods, etc.). There is also synthetic (man-made) caffeine. This type of caffeine is often added to specific medications, drinks, or foods.

What Are the Effects of Caffeine?

Caffeine works by stimulating the brain, heart, muscles, and central nervous system- which helps us stay alert and prevent feelings of exhaustion. It is known to block the chemical adenosine (a natural chemical that helps us calm down). As a result, it causes us to feel alert when we consume caffeine. When ingested, it travels to the gut and quickly absorbs into our bloodstream. It then travels to the liver and is broken into different compounds that affect various organs within your body (such as the brain).

How Does Caffeine Affect My Body?

These are some of the various ways caffeine can affect specific systems within our body:

What Are Panic Attacks?

Panic attacks are sudden and abrupt as a surge of intense fear/discomfort overtakes a person. As stated in the DSM-5, panic attacks usually can last up to 10 minutes (some may last longer). Panic attacks may also occur if you suffer from a panic disorder- but they can also occur within other psychiatric disorders.

What Are the Signs of a Panic Attack?

Panic attacks often involve a sudden and intense feeling of fear, terror, or discomfort. They usually occur very suddenly and without an obvious, immediate trigger. The symptoms can be very severe and intense that they can severely disrupt someone’s life. Here are the following symptoms the DSM-5 attribute to panic attacks:

How Can Caffeine Affect Panic Attacks?

It is important to note that caffeine does not directly cause panic attacks- but it can cause symptoms that mimic the ones that people with anxiety generally feel. These feelings of symptoms can frighten an individual and trigger a panic attack. For example, caffeine may:

What about Caffeine and Stress?

Caffeine affects how our bodies produce adenosine, adrenaline, dopamine, and cortisol. Usually, caffeine inhibits our body’s ability to absorb adenosine (a hormone that calms our body). At the same time, it increases the production of cortisol, norepinephrine, epinephrine, adrenaline, and dopamine. As a result, caffeine consumption may lead to feelings of stress. If one continually drinks high amounts of caffeine- it can lead to elevated levels of cortisol which can mimic feelings of chronic stress.

What about Caffeine and Fatigue?

Caffeine can have undesirable effects because it blocks adenosine receptors while simultaneously increasing the production of natural stimulants. Once the effects of caffeine wear off- this can then lead to feelings of fatigue. Eventually, the adenosine molecules will bind again to the receptors, which leads to feelings of sleepiness. Caffeine can also impact blood sugar levels as it affects glucose metabolism. As a result, some individuals may feel fatigued, have a headache, or have trouble concentrating.

People who drink caffeine before bed may also experience problems with insomnia. Because some people rely on drinks such as coffee to wake them up, they may have more caffeine throughout the day- which can negatively impact sleep.

Are you tired even though you just had your cup of coffee (or other caffeinated beverage)? It can be a sign that you are gaining tolerance to caffeine. Over time, our body gets used to the amount of caffeine we usually consume, and we slowly stop experiencing any positive effects. As a result, we may try to have more coffee, which can negatively impact our alertness and sleep over time. Your body may also metabolize caffeine quickly. In this case, you may feel sleepy sooner as the body becomes sensitive to adenosine (the hormone that helps the body calm down).

Overall, we highly recommend you talk with your doctor if you have any questions or notice any issues when consuming caffeine. Caffeine can be a part of a healthy diet. However, specific individuals may have to be more careful in their dose of caffeine (or avoid it altogether). If caffeine leads to you not feeling good, there are always other alternatives you can enjoy