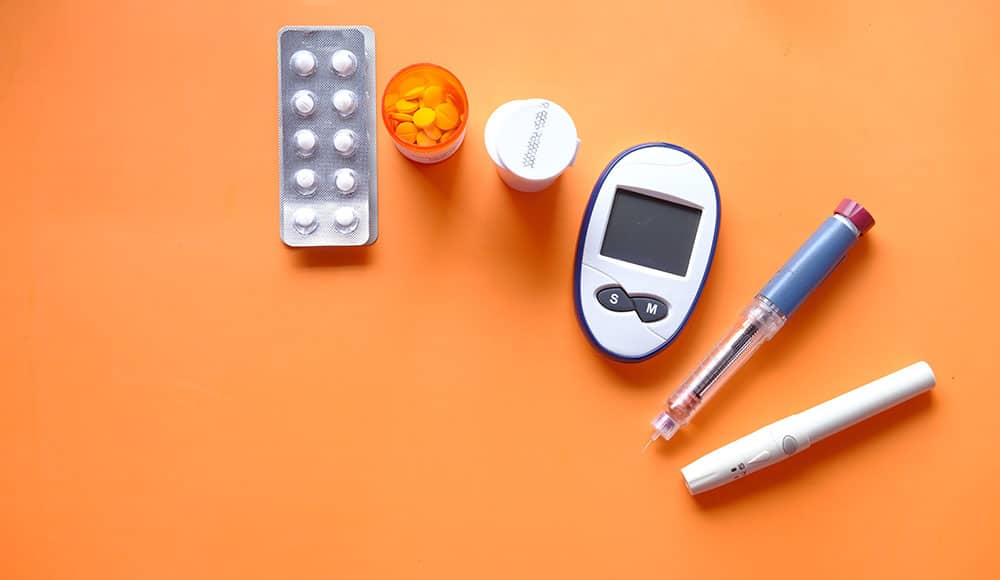 While this kind of disease is common within the US population, it also has a significant impact on other’s health throughout the world. If left untreated, diabetes can severely impact someone’s daily life- or even lead to severe complications and/or death. Within this article, we will first cover the history of diabetes to gather a basis of understanding for this condition.

When Was Diabetes Discovered?

Diabetes mellitus was coined by Apollonius of Memphis around 250 BC. However, a condition that that resembles Diabetes 1 was first mentioned by ancient Egyptians. Early Greek, Indian, and Egyptians slowly began to discover how the urine tended to be sweet in people with this condition. It was around 1776 when physician Matthew Dobson confirmed that the urine was sweet within people with this condition and even noted that it could be fatal or chronic for specific individuals. Then, in 1889, Mering and Minkowski discovered the role of the pancreas within this condition. Since then, more research and studies have emerged to understand diabetes and its impact on people’s health.

Where Is Diabetes Most Common in the World?

According to WHO, in 2014, cases of diabetes rose from 180 million in 1980 to about 422 million. Since then, those numbers seem to be steadily increasing. Most diagnosis seem to occur in lower- and middle-income countries. It is also within this report that WHO mentions that half of diabetes cases in the world were recorded within the WHO South-East Asian and Western Pacific Regions. Now, the WHO Eastern Mediterranean Region has experienced the greatest rise in diabetes prevalence, and is now the WHO region with the highest prevalence.

As mentioned above, about 37.3 million people within the US have diabetes. Meanwhile, around 96.7 million people in the US have prediabetes. Of that number, the CDC also reports that cases of diagnosed diabetes (date from 218-1019) was highest among American Indians and Alaska Natives (14.5%), followed by non-Hispanic Blacks (12.1%), people of Hispanic origin (11.8%), non-Hispanic Asians (9.5%) and non-Hispanic Whites (7.4%). Of those statistics, people of Hispanic origin get further broken down. Data shows that Mexicans (14.4%) and Puerto Ricans (12.4%) had the highest prevalence’s, followed by Central/South Americans (8.3%) and Cubans (6.5%).

It is important to note that anybody can have this condition. However, it is unfortunate that many factors (genetic, socioeconomic, gender, etc.) also play a role in how this condition affects specific populations. 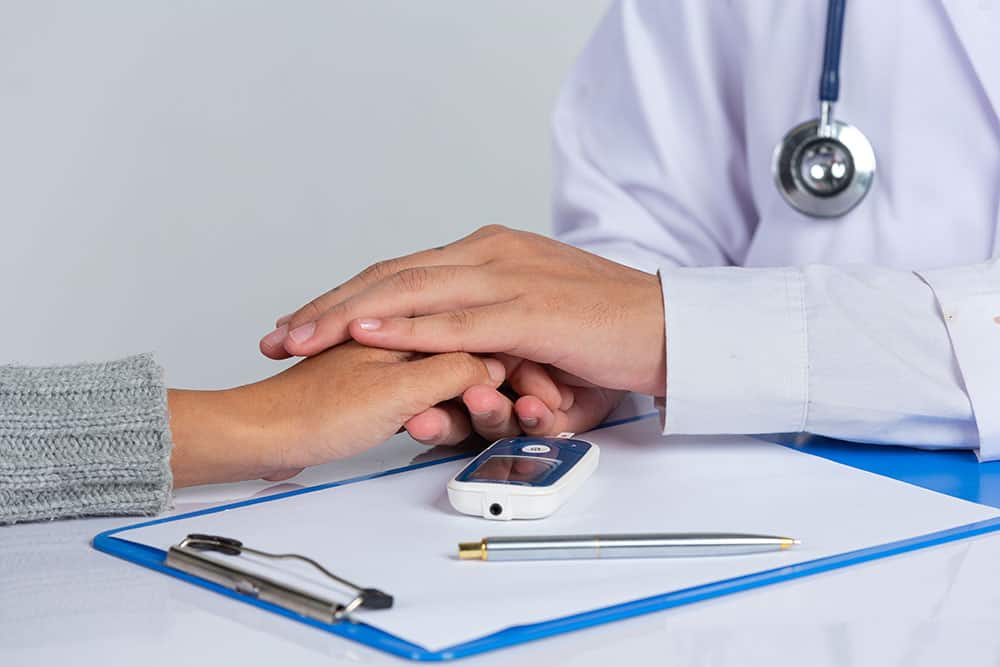 How Is Diabetes Diagnosed?

There are multiple tests a doctor can perform to help determine whether or not you have Type 1 or Type 2 diabetes. However, symptoms can vary between individuals. People with Type 1 diabetes often experience sudden symptoms. While those with Type 2 or other types of diabetes may experience symptoms gradually than can go unnoticed for some time. For this reason, the American Diabetes Association recommends that the following people get screened for diabetes:

Other tests that may be done also include:

How Was Diabetes Diagnosed in the Past?

Before the development of medical tests to diagnose diabetes, people known as “water tasters” would taste the urine to see if it was sweet. If sweet, this would often lead to a diagnosis of diabetes. It wasn’t until the 1800s when chemical tests were developed to detect the presence of glucose in the urine.

What Are the Different Types of Diabetes?

The various types of diabetes include:

Which Diabetes Is Worse?

No diabetes is better or worse than the other. If left unchecked, all types of diabetes can severely impact one’s health. You may come across some individuals stating that they think Type 1 diabetes is the worst. This misconception may result from the fact that because Type 1 diabetes is an autoimmune disease, many people often need insulin injections daily to help manage their blood glucose levels. However, specific individuals with Type 2 diabetes may also have to take insulin to help manage their glucose level. Therefore, we will approach this question carefully and state that neither type is better than the other. One can live a normal lifestyle by living a healthy/active life (and by following their doctor’s instructions).

How Many Diabetes Deaths Are There per Year?

How Many Diabetes Patients Are There in the U.S.?

While it difficult to pinpoint the exact number of people living in the US with diabetes, the CDC lists data from 2019- giving us rough estimates of how many people are living with this condition. According to data from 2019, there’s about 1.4 million new cases of diabetes among US adults. According to current data, there are a total of 37.3 million people with diabetes living in the US- and around 96 million people aged 18 years or older who have prediabetes. However, it is also estimated that 8.5 million people are going undiagnosed in the US. 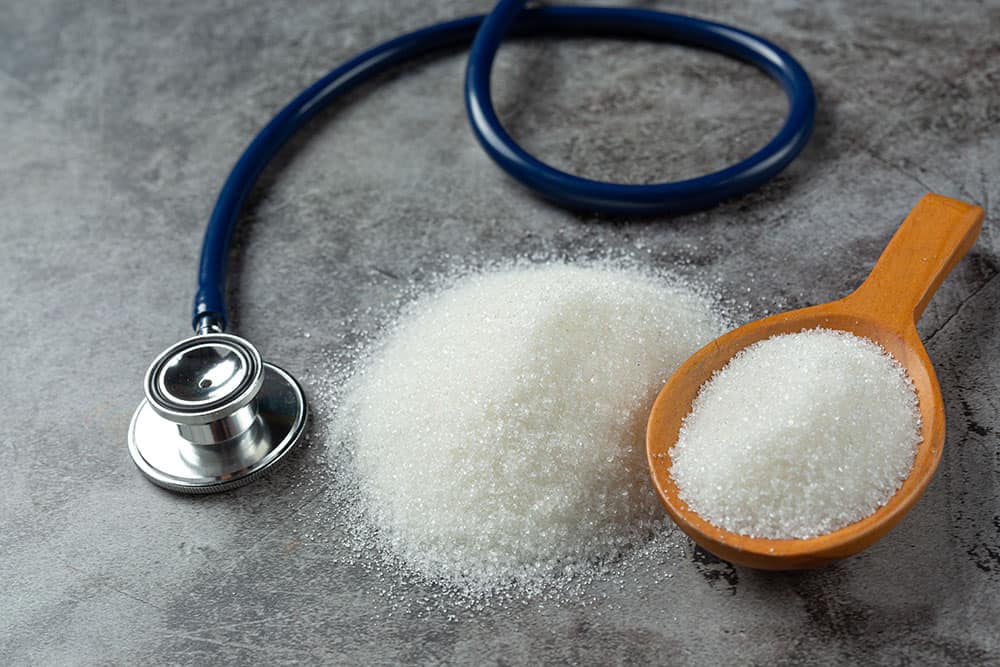 Can You Live 40 Years with Diabetes?

Even if you are diagnosed with diabetes, it is possible for you to live a healthy and normal life. Keep in mind that science and research has led to many developments in treatments, medication, and information surrounding this condition. The key is to also make sure you are making healthy lifestyle choices, taking your medication as prescribed, and listening to your healthcare provider. Of course, data does show that people often have an increased risk of death- but data has also shown that people with diabetes are now living significantly longer.

Why Is Diabetes Bad?

If left untreated, diabetes can have severe impacts on your health down the line. These complications can become disabling or even life-threatening. Complications may include (but are not limited to):

People with diabetes have an increased risk of having a heart attack or stroke, developing coronary artery disease, or experiencing narrowing of the arteries. Having high blood glucose levels can damage your blood vessels and lead to many of these issues.

High blood glucose levels can slowly damage the capillaries (tiny blood vessels) and reduce the blood flow to various body parts (especially the legs). It can lead to tingling, numbness, burning, or pain that starts at the tip of the toes and/or finger and spreads outwards. The narrowing of the capillaries can also make it harder for the nerves to communicate with the brain and the rest of the body- which can impact our senses and movement. Damage to the nerves relating to digestion can also cause issues with nausea, vomiting, diarrhea, or constipation.

High blood glucose levels and high blood pressure can damage the glomeruli (tiny blood vessel clusters), which filter the fluid and waste from our bodies. It can lead to significant kidney damage over time.

Diabetic retinopathy is a disease that can develop in those with diabetes. High glucose and pressure levels can damage the nerves within our eyes and lead to blindness.

Nerve damage in the feet can reduce blood flow, which increases the chance of complications. Having a poor blood flow can make it harder for cuts to heal and lead to the development of sores. In more severe cases, severe complications may even lead to amputation.

Diabetes can increase your risk of getting bacterial and/or fungal infections (or other skin infections) due to poor blood flow within the skin.

High blood sugar levels can damage the small blood vessels and nerves in the inner ear- which can lead to possible hearing loss in the future.

Research shows that insulin, glucose, blood vessel damage, and inflammation in diabetes can impact one’s brain- which can increase the risk of dementia.

Damage to the nerves can reduce blood flow to the genitals and bladder. For men, it can lead to issues such as erectile dysfunction. For women, it can cause low sexual desire and response, vaginal dryness, and painful sex. Diabetes can also contribute to people having an overactive bladder, urinary retention, or UTIs.

Which Diabetes Are You Born With?

Very few people are born with diabetes. It is known as neonatal diabetes, which occurs in the first 6 months of the infant’s life, and the body cannot produce enough insulin. Babies born to mothers with diabetes may also have an increased chance of developing hypoglycemia (when blood glucose levels are low). Babies with this condition may experience shakiness, breathing, and feeding problems.

Is There a Cure for Diabetes?

As of now, there is no cure for Diabetes. However, various treatments can help you manage this condition. A few of these treatments can include healthy eating, physical activity, monitoring your blood sugar, taking insulin, transplantation, and taking oral or injected medications.

Who Is Most at Risk for Diabetes?

For type 1 diabetes, family history and age are known risk factors. Individuals who have immediate family members with type 1 diabetes are most likely to have it develop later in their life. People of any age can get type 1 diabetes- but it tends to develop in children, teens, and young adults. People may get tested to see if they have a presence of diabetes immune system cells (autoantibodies)- which can lead to an increased risk of developing type 1 diabetes.

For type 2 diabetes, risk factors may include:

Here at FEBO, we understand that having this condition can be difficult. In this brief overview of diabetes, we hope to shed some light on the history of diabetes. We highly encourage you to do your research and to speak with your doctor if you have any questions. We also invite you to check out our FEBO app- which gives you access to reliable new sources for various health conditions.