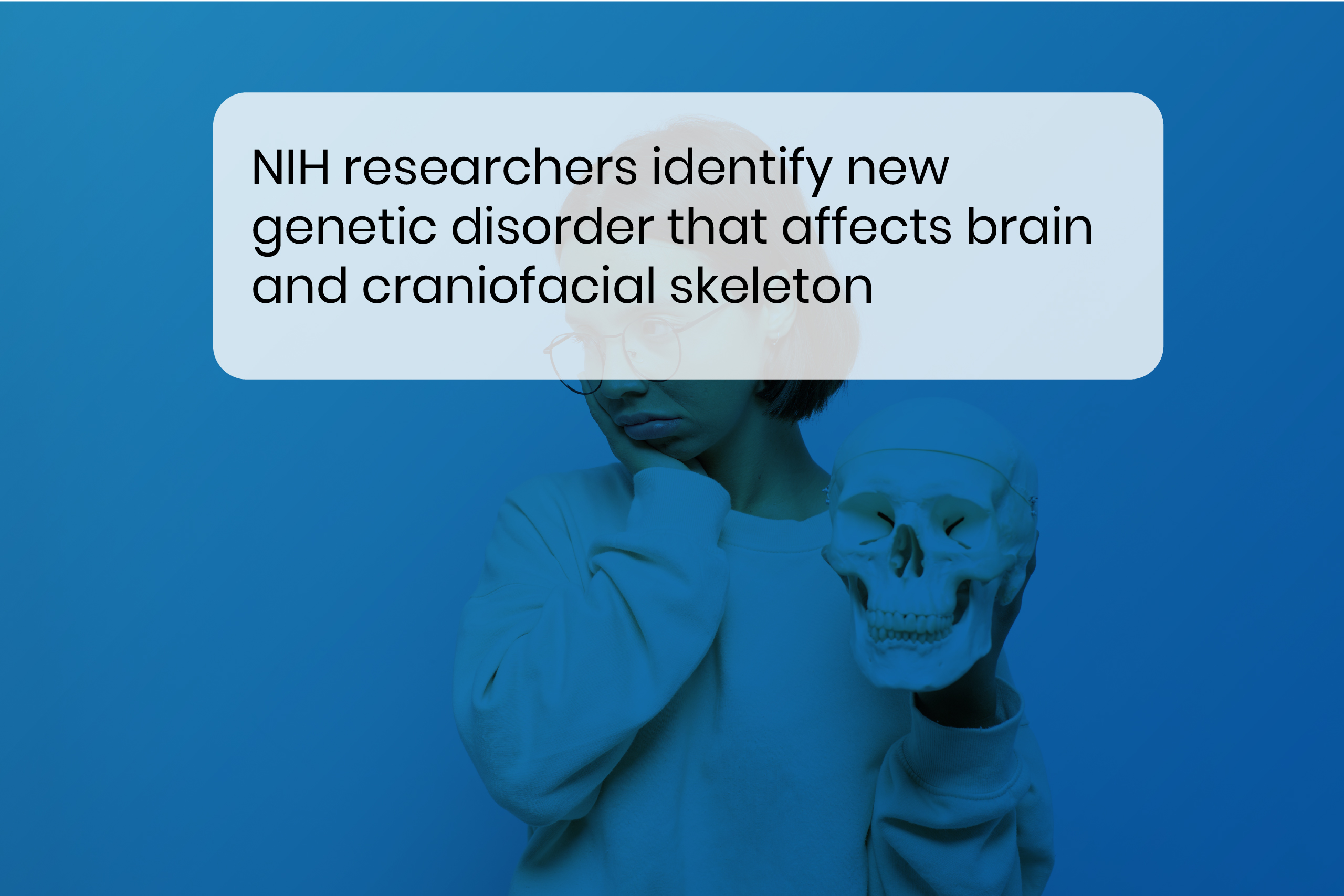 Researchers at the National Institutes of Health have discovered a new genetic disorder characterized by developmental delays and malformations of the brain, heart and facial features. Named linkage-specific-deubiquitylation-deficiency-induced embryonic defects syndrome (LINKED), it is caused by a mutated version of the OTUD5 gene, which interferes with key molecular steps in embryo development. The findings indicate that the newly identified pathway may be essential for human development and may also underlie other disorders that are present at birth. The information will help scientists better understand such diseases — both common and rare — and improve patient care. The results were reported Jan. 20, 2021 in Science Advances.

“Our discovery of the dysregulated neurodevelopmental pathway that underlies LINKED syndrome was only possible through the teamwork of geneticists, developmental biologists and biochemists from NIH,” said Achim Werner, Ph.D., an investigator at the National Institute of Dental and Craniofacial Research (NIDCR) and lead author. “This collaboration provided the opportunity to pinpoint the likely genetic cause of disease, and then take it a step further to precisely define the sequence of cellular events that are disrupted to cause the disease.”

The project began when David B. Beck, M.D., Ph.D., a clinical fellow in the laboratory of Dan Kastner M.D., Ph.D., at the National Human Genome Research Institute (NHGRI) and co-first author, was asked to consult on a male infant who had been born with severe birth defects that included abnormalities of the brain, craniofacial skeleton, heart and urinary tract. An in-depth examination of siblings’ and family members’ genomes, combined with genetic bioinformatics analyses, revealed a mutation in the OTUD5 gene as the likely cause of the condition. Through outreach to other researchers working on similar problems, Beck found seven additional males ranging from 1 to 14 years of age who shared symptoms with the first patient and had varying mutations in the OTUD5 gene.

The gene contains instructions for making the OTUD5 enzyme, which is involved in ubiquitylation, a process that molecularly alters a protein to change its function. Ubiquitylation plays a role in governing cell fate, where stem cells are instructed to become specific cell types in the early stages of embryo development.

“Based on the genetic evidence, I was pretty sure OTUD5 mutations caused the disease, but I didn’t understand how this enzyme, when mutated, led to the symptoms seen in our patients,” said Beck. “For this reason we sought to work with Dr. Werner’s group, which specializes in using biochemistry to understand the functions of enzymes like OTUD5.”

To start, the NIH team examined cells taken from patient samples, which were processed at the NIH Clinical Center. Normally, OTUD5 edits or removes molecular tags on certain proteins (substrates) to regulate their function. But in cells from patients with OTUD5 mutations, this activity was impaired.

Using a method to return mature human cells to the stem cell-like state of embryo cells, the scientists found that OTUD5 mutations were linked to abnormalities in the development of neural crest cells, which give rise to tissues of the craniofacial skeleton, and of neural precursors, cells that eventually give rise to the brain and spinal cord. 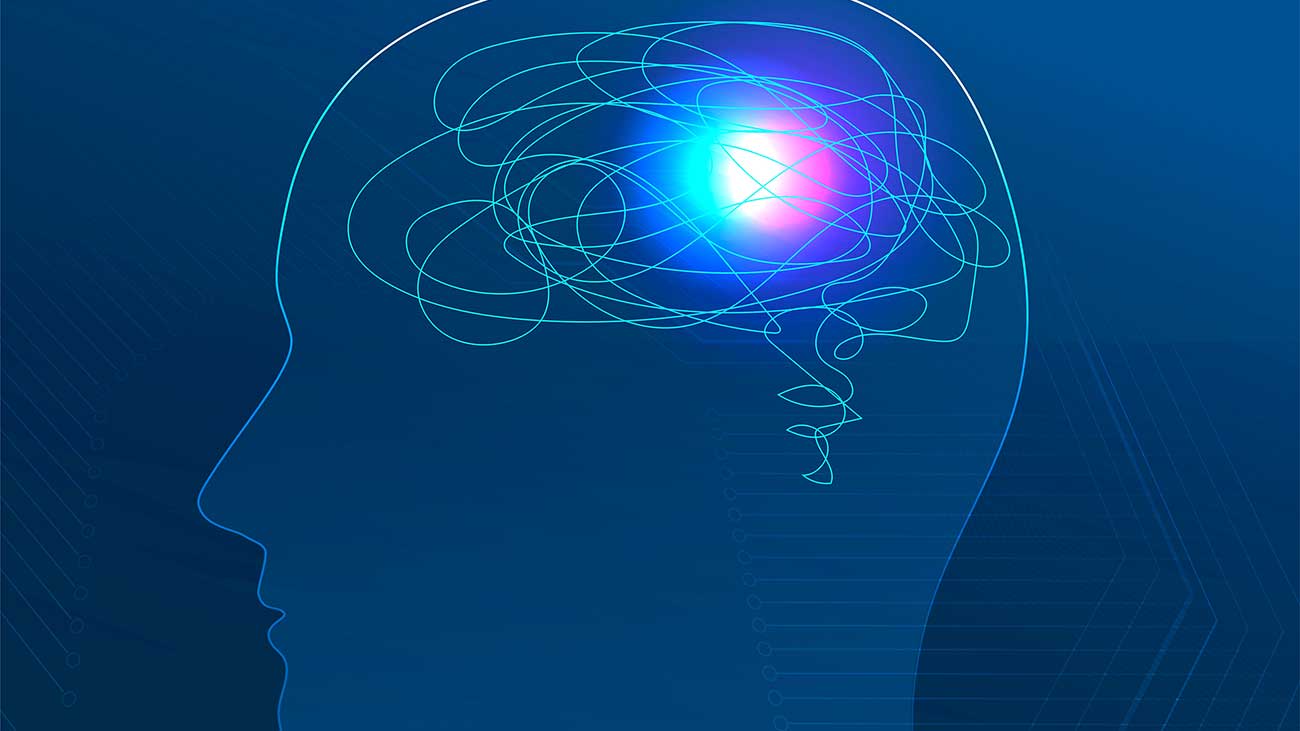 In further experiments, the team discovered that the OTUD5 enzyme acts on a handful of protein substrates called chromatin remodelers. This class of proteins physically alters the tightly packed strands of DNA in a cell’s nucleus to make certain genes more accessible for being turned on, or expressed.

With help from collaborators led by Pedro Rocha Ph.D., an investigator at the National Institute of Child Health and Human Development (NICHD), the team found that chromatin remodelers targeted by OTUD5 help enhance expression of genes that control the cell fate of neural precursors during embryo development.

Taken together, the researchers concluded, OTUD5 normally keeps these chromatin remodelers from being tagged for destruction. But when OTUD5 is mutated, its protective function is lost and the chromatin remodelers are destroyed, leading to abnormal development of neural precursors and neural crest cells. Ultimately, these changes can lead to some of the birth defects seen in LINKED patients.

“Several of the chromatin remodelers OTUD5 interacts with are mutated in Coffin Siris and Cornelia de Lange syndromes, which have clinically overlapping features with LINKED syndrome,” said Werner. “This suggests that the mechanism we discovered is part of a common developmental pathway that, when mutated at various points, will lead to a spectrum of disease.”

“We were surprised to find that OTUD5 elicits its effects through multiple, functionally related substrates, which reveals a new principle of cellular signaling during early embryonic development,” said Mohammed A. Basar, Ph.D., a postdoctoral fellow in Werner’s lab and co-first author of the study. “These findings lead us to believe that OTUD5 may have far-reaching effects beyond those identified in LINKED patients.”“

In future work, Werner’s team plans to more fully investigate the role that OTUD5 and similar enzymes play in development. The researchers hope the study can serve as a guiding framework for unraveling the causes of other undiagnosed diseases, ultimately helping clinicians better assess and care for patients.

“We’re finally able to provide families with a diagnosis, bringing an end to what is often a long and exhausting search for answers,” said Beck.

This research was supported by NIH intramural research programs at NIDCR, NICHD, NHGRI and the NIH Undiagnosed Diseases Program. Support also came from the Estonian Research Council, Japan Society for the Promotion of Science and the Japan Agency for Medical Research and Development.