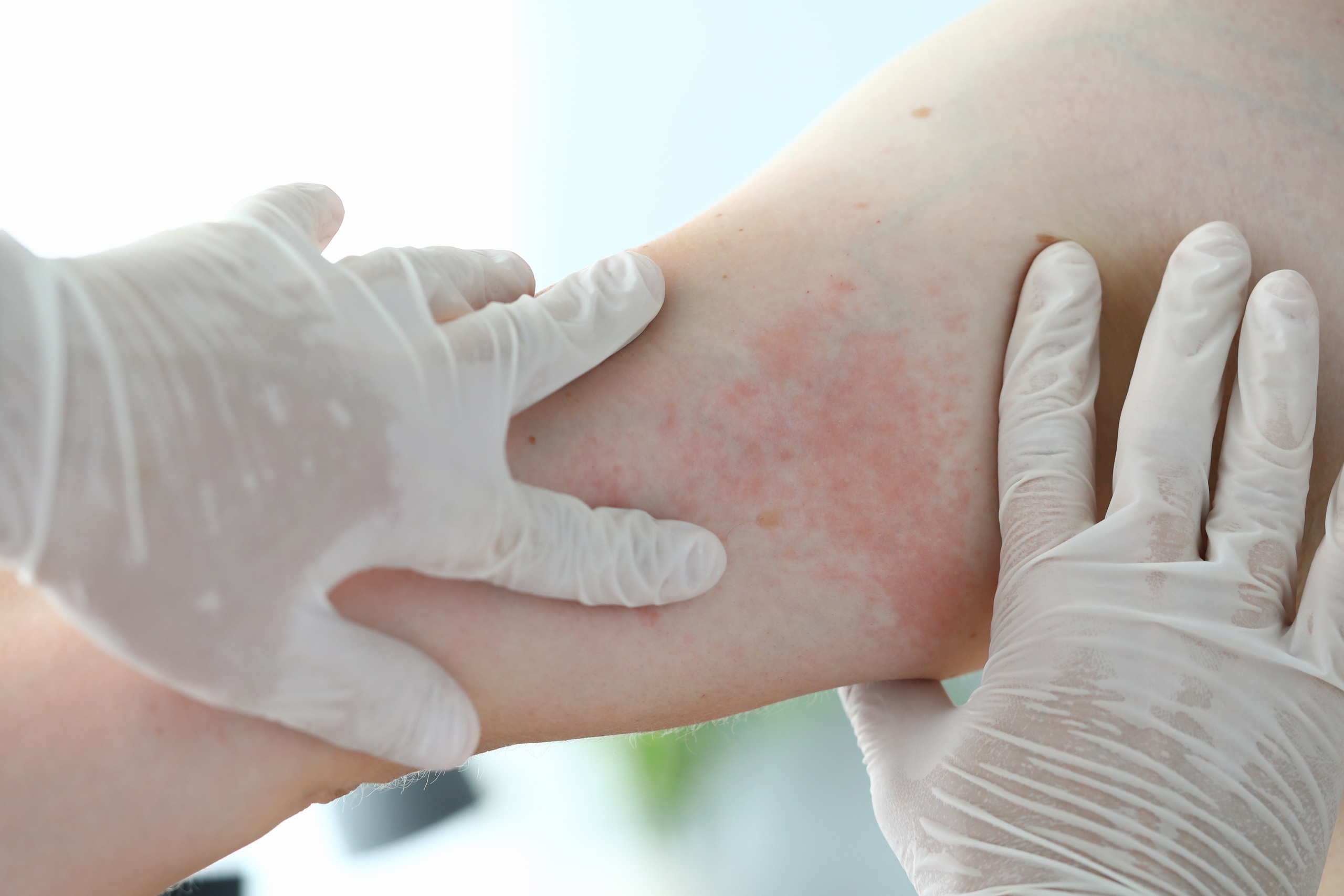 Psoriasis, a chronic inflammatory skin disease, has long been known to increase the risk of cardiovascular disease, which includes heart attack and stroke. Now, researchers have identified a key culprit: the presence of metabolic syndrome (MetSyn), a condition that includes obesity, diabetes, high cholesterol, and hypertension, and is highly prevalent among psoriasis patients.

The findings, which could lead to new ways to help prevent cardiovascular disease among people with psoriasis, appear online today in the Journal of the American Association of Dermatology (JAAD). The study was funded by the National Heart, Lung, and Blood Institute (NHLBI), part of the National Institutes of Health.

“Metabolic syndrome, so common among our psoriasis patients, drives up coronary artery disease in this population by increasing the plaque buildup that clogs the heart’s arteries,” said Nehal N. Mehta, M.D., MSCE, preventive cardiologist and head of the NHLBI’s Lab of Inflammation and Cardiometabolic Diseases. “Our study shows that, of the MetSyn components, hypertension and obesity contribute the most to coronary plaque buildup, and hence can be good targets for intervention.”

Partly because it worsens vascular and systemic inflammation, psoriasis, a common skin disease affecting 2-3% of adults, not only increases but speeds up atherosclerosis, the plaque buildup that clogs arteries and can lead to heart attack and stroke. Metabolic syndrome affects about 25% of adults and is on the rise, and its prevalence is even greater among patients with psoriasis.

To reach their conclusions, Mehta and his team conducted an observational study of the NIH Psoriasis, Atherosclerosis, and Cardiometabolic Initiative cohort, which included 260 patients with psoriasis, 80 of whom met the criteria for metabolic syndrome. All participants underwent CT scanning to take pictures of their coronary arteries using a technique called cardiac computed tomography angiography (CTA).

The study found that systemic inflammation, insulin resistance, and blood cholesterol were significantly higher in the participants who had both psoriasis and metabolic syndrome. And those with MetSyn had higher coronary artery plaque buildup, assessed by CTA, which is a high-risk factor for heart attacks.

“Even after adjusting for individual MetSyn factors, blood pressure and obesity assessed by waist circumference were the most significant links to coronary plaque buildup,” Mehta explained.

Obesity is the most salient aspect of MetSyn, and excess visceral fat tissue, technically known as visceral adipose tissue (VAT), plays a large role in it, the researchers concluded after the amount of VAT measured by CT scans was associated to MetSyn factors such as waist circumference, blood pressure, triglycerides, high cholesterol. 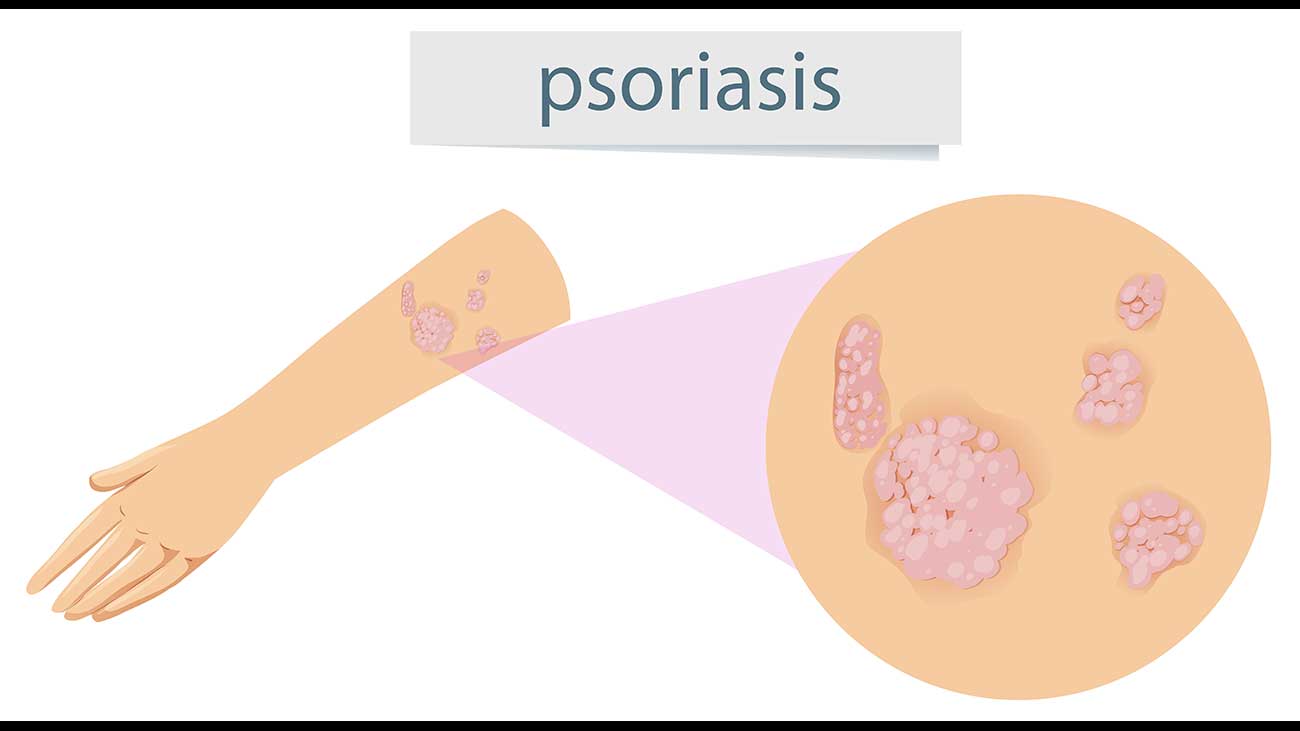 VAT is a known predictor(link is external) of cardiovascular disease in the general population, as well as a predictor of increased plaque buildup in psoriasis patients. However, due to the needed imaging technology, measuring VAT is not currently feasible in a doctor’s office.

It also showed for the first time, he said, the impact of metabolic syndrome on early vascular disease in psoriasis patients, measured through the plaque buildup.

“In psoriasis patients, traditional risk factors of cardiovascular diseases, such as age, do not relate strongly to cardiovascular risk as in the general population,” Mehta said. However, he added, the findings in the study show the importance of evaluating for the presence of the metabolic syndrome as a heretofore unexplored risk factor.

Because this was an observational study, the researchers cannot establish cause-effect links, Mehta noted. But the new research provides strong evidence that psoriasis patients with metabolic syndrome have high levels of disease-producing plaque.