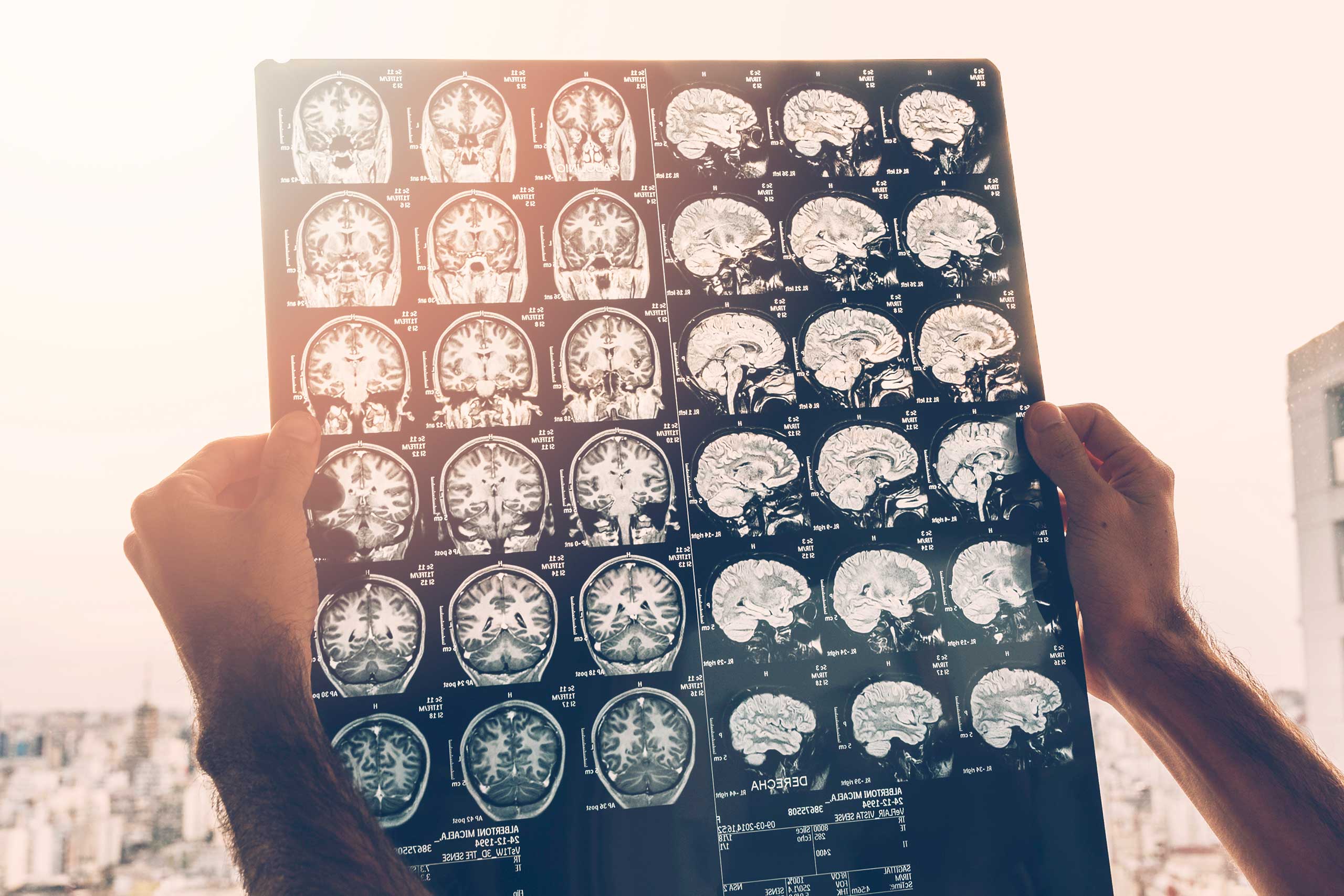 Alzheimer’s disease (AD) is a progressive neurodegenerative disease that involves damage in the brain’s nerve cells, leading to memory loss and disruption of cognitive functioning. In the United States, AD is one of the leading causes of death in older populations, making up 60–80% of dementia cases.

There is no cure to prevent or treat AD, although there are therapies to relieve and slow the progression of some of its symptoms.

Key symptoms of AD include memory loss, confusion, and the loss of other cognitive abilities such as reasoning and decision-making. Health experts characterize late-stage, severe AD as an inability to communicate as well as impaired movement.

A recent pilot study — conducted by scientists at the Baycrest and Sunnybrook Health Centres in Toronto, and Cuttler & Associates in Vaughan, Canada — showed that administering low doses of radiation, such as from a CT scan, may improve quality of life in severe AD patients.

The study appears in the Journal of Alzheimer’s Disease.

Dr. Sean Symons, a scientist at the Sunnybrook Research Institute and author of the study, provided additional comments for this article.

The team wanted to determine if they could observe similar results from a 2015 case study. According to this research, a patient with severe AD who received low doses of radiation displayed significant improvement in cognitive abilities, speech, and movement to the point where they were able to transfer out from a hospice into a care home.

Oxidative stress, which can cause DNA and cellular damage, can contribute to the development of Alzheimer’s disease and other neurodegenerative diseases.

The authors of the study hypothesized that low-dose ionizing radiation (LDIR) stimulates the mechanisms that offer protection from the damaging effects of oxidative stress, alleviating some of the symptoms of AD.

Four participants between the ages of 81 to 90 years, with severe AD, received a total of three low-dose radiation treatments through normal CT brain scans, 2 weeks apart. The first treatment consisted of two scans with a total of 80 milligrays (mGy) of radiation, while the latter two treatments were 40 mGy each.

The study analyzed both quantitative measures — measuring cognitive, behavioral, and functional abilities — and qualitative measures, meaning observations and reports of interactions with family members and caretakers, to determine improvements in quality of life.

The quantitative measures displayed minor differences, while the authors noted these measures were not sufficient to observe significant changes in severe AD patients.

However, the researchers saw the most significant changes through the qualitative measures. For three of the four participants, their family or caretakers reported increased alertness, awareness of surroundings, and recognition within a day after their first treatment.

One of the participants “was able to get into his wheelchair easily and put his feet on the footrests when asked to do so. At a concert, he sang to the rhythm and applauded appropriately.”

Another participant’s family member noted, “He was excited to see me — he spoke to me right away and gave me multiple kisses — real kisses like years ago. He was clapping his hands to the music. My mom agreed [it’d] been years since he has done this.”

One of the participants showed no changes or improvements in qualitative or quantitative measures. However, in all participants, there was no evidence to suggest worsened conditions or symptoms after radiation.