Every year on December 1st, many people and organizations come together to observe World AIDS Day and reflect on the significant progress achieved thus far.

Along with taking steps to address HIV stigmas within communities and health care systems, scientific research has led to further advances in HIV treatments. Innovations and developments in HIV research, prevention, care, and treatment have helped in reducing HIV transmissions. They have also led to the improvement of the quality of life for those who already have HIV.

According to the World Health Organization, here are some estimates from the previous year:

In observing these numbers, it is clear that the fight to end the HIV epidemic is far from over. In doing so, it is crucial that we fight against the division, stigma, disparity, and disregard of human rights that have allowed HIV to become the global health crisis it is now.

Renewed vigor towards ending the HIV epidemic is crucial at this moment. The COVID-19 pandemic has impacted the lives of those living with HIV/AIDS.  Due to many areas closing due to the pandemic in 2020, many people had difficulty accessing testing or HIV treatment. Much COVID-19 research has also revealed how people with HIV/AIDS have an increased chance of developing severe-COVID-19 (which can resulting death). Therefore, we all must come together to continue the fight to progress forward rather than backward.

Human immunodeficiency virus (HIV) is a virus that targets a person’s immune system (CD4 cells), which leads to a weakening of defenses against many infections and some types of cancers. The virus replicates within the CD4 cells and ends up destroying them. This process leads to the weakening of the immune system. This process eventually leads to a person becoming immunodeficient. If left untreated, it can also develop into acquired immunodeficiency syndrome (AIDS)- the most advanced stage of HIV infection.

Once people have HIV, they have it for life because there is currently no cure. However, with proper treatment, the virus can be controlled. Nowadays, with treatment, people with HIV can live long, healthy lives.

As the infection weakens the immune system, one begins to develop other symptoms. If left untreated, one can develop severe illnesses such as TB, cryptococcal meningitis, bacterial infections, and different cancers.

HIV can be transmitted through the exchange of body fluids such as blood, breast milk, semen, and vaginal secretions. It can also be transmitted from mother to child during pregnancy and delivery.

Given the new development in treatments today, people with HIV taking ART will not transmit the virus to people they are sexually active with. Usually, this means that the individual has an “undetectable” viral load. Because ART reduces the level of the virus in the body to extremely low levels- it cannot be detected by normal viral load tests.

Here are some actions that can place people at risk of contracting HIV:

What are the Stages?

There are three stages to HIV. If left untreated, people typically progress until they reach the last stage. The three stages include:

It is why it is important to seek help from a health care professional and get tested immediately. The sooner you find out, the faster you can begin treatment. Today, HIV treatments can slow the progression of the disease and ensure that you live a happy and healthy life. Nowadays, progression to stage 3 is less common in comparison to the early days of HIV. 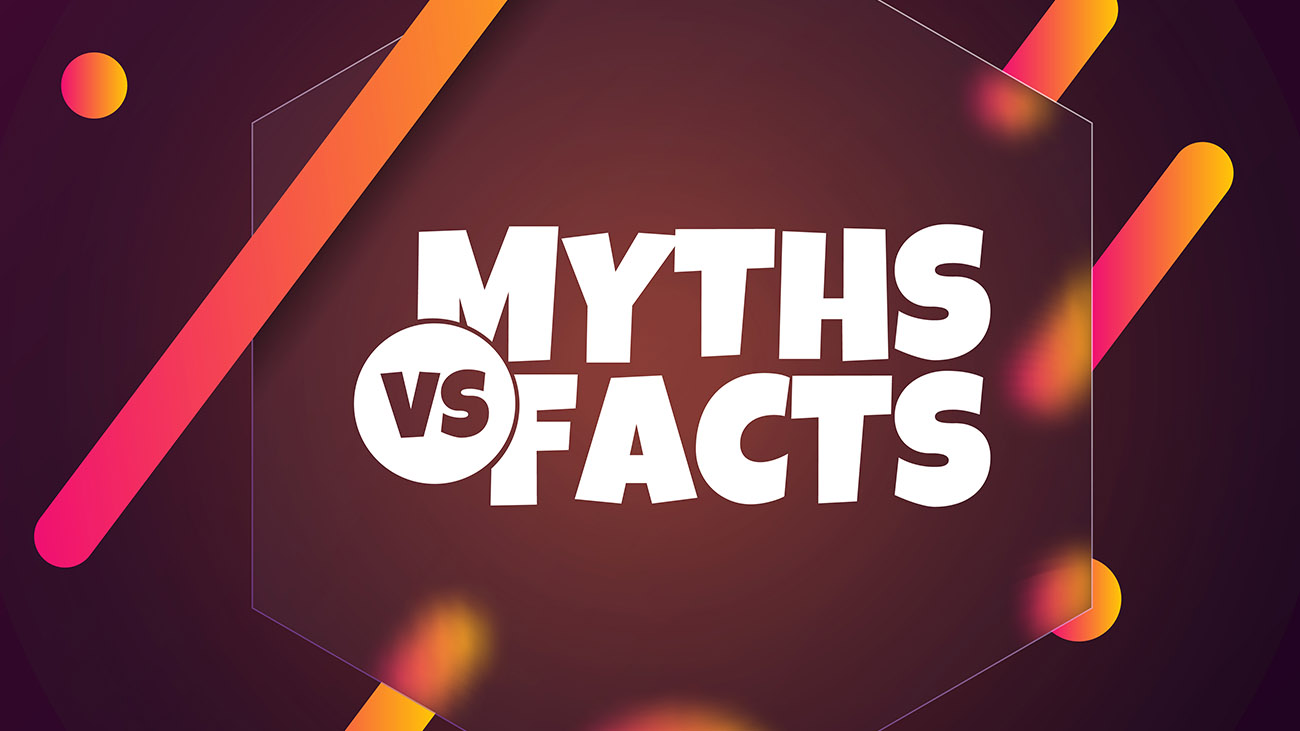 What Are Some Common Myths?

Many organizations and communities have come together to speak awareness and dismantle the stigmas surrounding HIV. Unfortunately, there are still lots of myths and misconceptions around HIV. We will further discuss these myths below.

Myth: I can get HIV by being around HIV-positive people.

HIV can only be transmitted through the following body fluids:

Other ways that HIV can enter the bloodstream include:

Besides that, HIV cannot be transmitted by:

As mentioned above, insects cannot pass down HIV. Several studies show that this cannot occur. It is due to the fact that when a bug bites, they don’t inject the blood of the person or animal they previously bit. Even then, HIV can only live for a short amount of time inside of them.

HIV does not discriminate against who it will infect. The infection can be passed down to anyone through the number of ways discussed above. Some people may be more at risk of contracting HIV if they engage in any risk factor behaviors mentioned previously. Others are more at risk of contracting HIV (or developing AIDS) due to unequal social, economic, and environmental factors. However, HIV does not choose to infect specific groups and not others.

Myth: It’s obvious if someone has HIV.

It is important to keep in mind that HIV symptoms can differ from person to person. Some people may experience symptoms- others may not have any symptoms whatsoever. Given the effectiveness of treatments today, people with HIV can live healthy lives just like everyone else.

Myth: I’m in a heterosexual relationship and don’t use IV drugs. I won’t get HIV.

As mentioned before, anyone can contract HIV through the number of ways listed above. HIV does not pick and choose who it will infect. Even if someone is in a heterosexual relationship, they can still contract the disease by engaging in unprotected sex with someone who has the virus. It can even occur through an unfortunate accident (such as an accident getting poked by an infected needle).

Myth: With treatment, one can’t spread the virus.

HIV treatments may lower an individual’s viral load to a point where it does not show up in blood tests. This event is known as undetectable viral load. However, if you miss a dose or stop your medication, you can still pass the virus onto others.

Myth: Someone with HIV can never have kids.

People with HIV can have kids, but they risk passing it down to their children during pregnancy. However, it is not impossible. There are many precautions, treatments, and methods people can seek if they wish to have children.

During the early years when HIV and AIDS were still new, the death rate from AIDS was extremely high. However, with today’s innovation in research, treatments, and prevention- people with HIV and AIDS can live long and productive lives. Most people on medication (if started early) don’t even reach stage three.

We have come a long way since the early years of HIV/AIDS. Back then, the development of treatments and their access to them was complicated due to the stigma surrounding the virus.

Since then, there have been lots of scientific discoveries and innovations that have led to better treatments and prevention methods. However, the HIV/AIDS epidemic is still a significant global issue. Therefore, this World AIDS Day, we would like to encourage everyone to seek more information on this issue (and possibly find different ways to get involved). We need to continue strengthening our relationships with various groups to end this global epidemic once and for all.